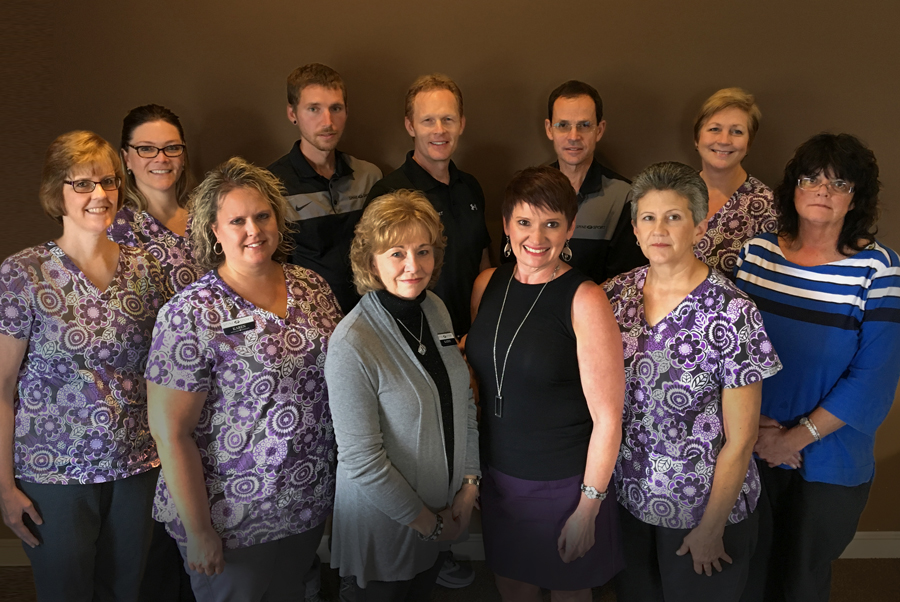 Dr. Staush Cass is a native of Holmes County, Ohio and has participated as an athlete at West Holmes High School. As an athlete it was natural for Dr. Cass to pursue a career in chiropractic care as well as receive extra training to become a sports physician. In 1993 he began practicing in Southern Ohio (near Cincinnati) but later relocated back to his hometown of Millersburg, Ohio to start his own practice. He still enjoys spending time outdoors and living an active lifestyle.

Dr. Cass has a deep conviction that there is more to life than what we experience on this earth. He believes that God’s perfect creation became imperfect through sin. Because of this, there is pain and suffering and terrible things happen to good and bad people alike. Christ has come to reconcile God’s creation and promises a life after, which is void of pain and suffering. Chiropractic is a very effective way to provide relief to those who are suffering from nuero-musculo-skeletal pain. Dr. Staush Cass feels a divine calling to this profession and will strive to give his patients the best care possible.

Dr. Cass lives in Wooster with his wife Amanda, and three children: Sawyer, Audrey, and Emory. Dr. Schmidt enjoys his time in the garden as well as studying his Bible. He is married with seven children and one grandchild. Dr. Schmidt enjoys working at Holmes Spine & Sport because he has the equipment and resources to help his clients in the best way possible. Rich enjoys spending time in the great outdoors. He enjoys working with his patients at Holmes Spine & Sport. Kathy has been married for 30 years and has two children, one grandchild and two great grandchildren. In her spare time she is an avid reader. Kathy loves her job of greeting patients and making them feel at home. Patti is married with three children and one granddaughter. She enjoys bike riding and camping. Patti loves working at Holmes Spine & Sport because of the wonderful staff she works with, that feel like family. When she’s not working, Cindy enjoys walking and riding her bike. She loves working at Holmes Spine & Sport and the connection she has with the rest of the staff. Karen enjoys cooking in her free time. She is an excellent massage therapist who enjoys working with her patients. Jody is married and enjoys spending her free time outside with her horses and in her garden. She is an excellent therapist who’s goal is helping people to feel better. Kim is married with three children and enjoys hiking and listening to music when she’s not working. She is an excellent massage therapist who loves working at Holmes Spine & Sport because of its wonderful atmosphere and coworkers. Margaret is married with two children and five grandchildren. In her free time she enjoys sewing. Margaret is an excellent therapist who loves working at Holmes Spine & Sport because of the great atmosphere, her coworkers and the opportunity to help people. Janine is married and has three children. She enjoys working with her fellow employees in the uplifting atmosphere at Holmes Spine and Spine. Her favorite hobby is spending time with her family.

READY FOR AN APPOINTMENT?

Spine
Sport
Learning
Treatments
FAQs
About Us
Contact Us

Spine
Sport
Learning
Treatments
FAQs
About Us
Contact Us